To see the video playlist, place your mouse in the upper right-hand corner.

Ask thousands of South Florida’s successful public school graduates to list their sources of inspiration through the years, and undoubtedly you’ll find the name of Wali Jones somewhere on that list. In his 17 years of service to South Florida as a member of the Miami HEAT organization, Jones has enriched the lives of nearly one million children through one of his trademark community programs, motivational speeches and clinics.

As the HEAT’s Community Affairs Liaison, Jones has made it his life’s ambition to motivate South Florida’s youth to action, both in and out of the classroom. He is the founder and director of the National Shoot for the Stars program, providing complimentary “Books and Basketball” clinics for underprivileged youth, while the program is presented by title sponsor, FedEx. Jones has conducted international clinics in Puerto Rico, Trinidad, Bahamas, Antigua, Jamaica, Bermuda and other islands throughout the Caribbean. He also serves as the principal of HEAT Academy, the Miami HEAT’s academic afterschool program. Jones’ dedication to youth and education is unmatched. In addition to his work with the HEAT, he also serves as the Director of Educational Research and Study for the Tournament of Champions in Florida and is also the co-director of the Best of the Rest Stars, Education Through Sports Camp.

Prior to joining the HEAT, Jones worked for the Department of Education and the federal government as a human development trainer at the Center for Education Development in San Antonio, Texas, for seven years. There he supervised a 10-state region, which encompassed over 400 school districts, educating teachers in classroom management and teaching techniques through neuro-linguistical programming. Additionally, Jones leads basketball camps and clinics which teach academics, AIDS education, nutrition and career exploration. His tireless schedule takes him to more than 250 sites each year. In January of 1999, he received national honors as he was presented with the President’s Award by President Bill Clinton during the Stop the Violence program.

Of course, many still recall Jones for his on court achievements. A 10-year veteran of the NBA, Jones was drafted in the third round (20th overall) of the 1964 NBA Draft by Detroit after averaging 19.5 points as a standout guard at Villanova University where he was a two-time All-East Regional selection. He won a championship ring alongside Wilt Chamberlain on the vaunted 1967 Philadelphia 76ers team, which was voted into the Hall of Fame as the best team in the NBA’s first 25 years. In addition to his two stints with the 76ers, Jones saw action with the Piston, Milwaukee Bucks and Baltimore Bullets of the NBA and spent one year with the Utah Stars of the ABA. Upon retiring from active duty, Jones served as a scout for Philadelphia for seven years and 20 years for the Miami HEAT. The 62 year old Jones remains active on the court, participating in senior celebrity tournaments and on the USA Senior Dream Team which, led by tournament MVP Jones, won a gold medal at the 1996 Masters International Senior Games. He also captured MVP honors in 2003 at the Masters National 60 and over Tournament.

He is also currently in the process of penning his second book, “Wali Wonder Has a Basketball Jones” which deals with education through sports. His first book, “Black Champions Challenge American Sports”, was published in 1971. 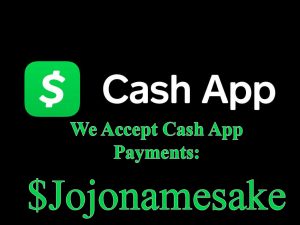 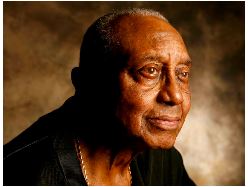